Grow Together, Achieve Together in sport at the annual awards evening held at the Shirehall. In addition to the individual
awards, there are a number of other presentations. This is a
very popular event and is recognition of the tremendous
work and commitment of the young people but also the
teachers, coaches and parents.
I am very pleased to inform you that the Executive
Committee have awarded the Peter Cates Trophy for Primary
School Achievement to Haughmond Federation. This award
will be presented at the International Evening.
Congratulations to everyone involved in the process
Yours sincerely,
Sean McCarthy
Sports Development Officer

Over the past 12 months Sundorne infants have been working in partnership with Severndale Academy to deliver PE sessions to children across both schools.

Our aim has been to ensure all children have the opportunity to engage, enjoy and achieve together.

This term our year 1 Blue class have been working closely with year 1 and 2 class, L8 from Severndale; focusing on rugby activities which include ball handling, attacking, defending and communicating.

All of the children have shown great team work together developing their agility, balance and coordination to engage new skills and play competitive games. 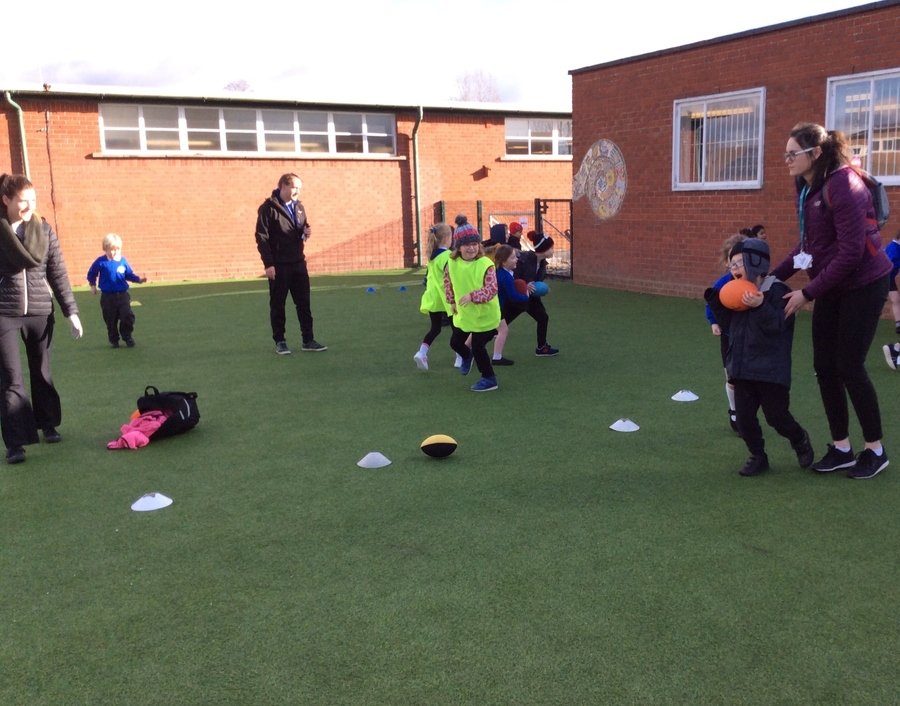 Excellent work and well done to Blue Class! And to our friends at Severndale.

Also can I say thank you to Miss Osman and Jayne for their support throughout this partnership, it really has been a great success for everyone involved. 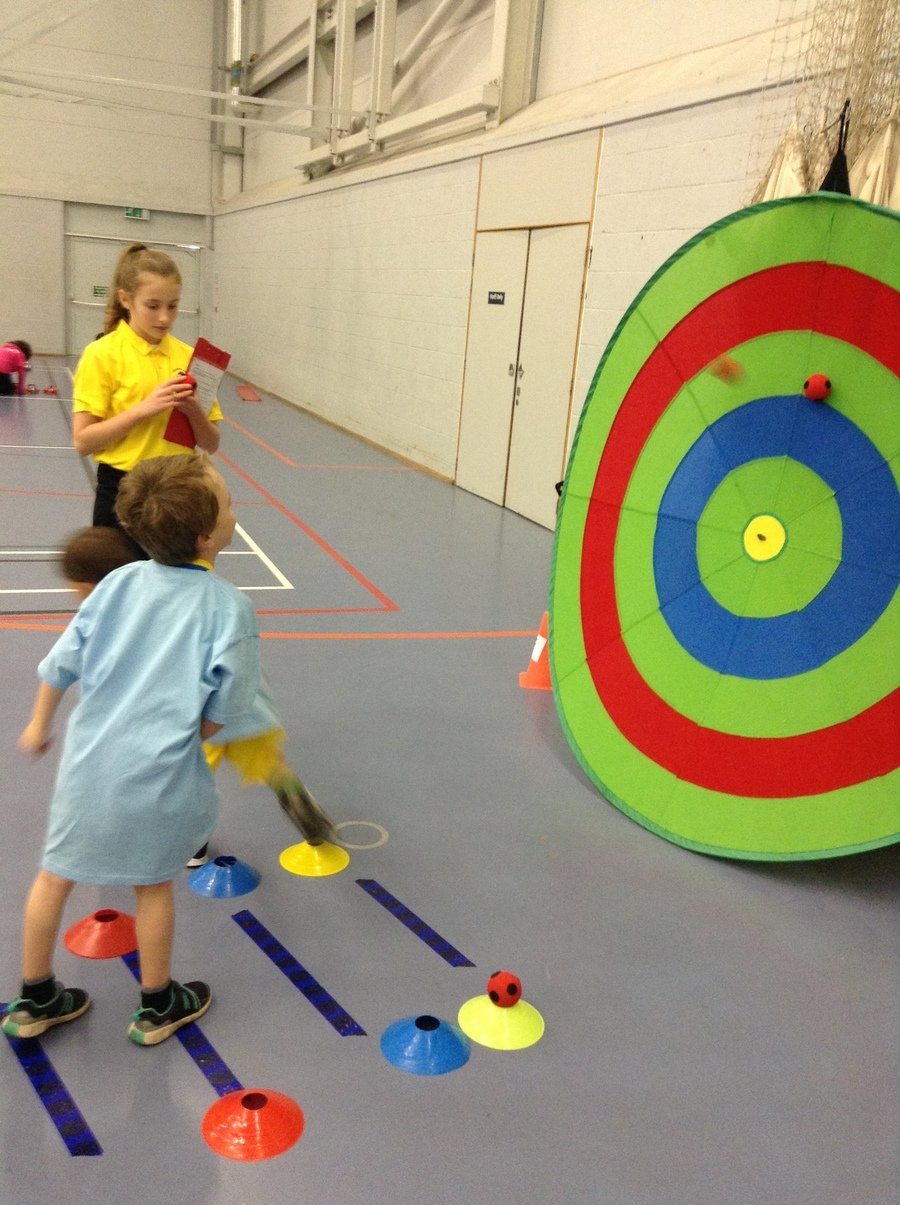 Jaxon reported “Its so amazing” and Alfie cheered “This is the best Friday ever”.

We are very proud to announce that our team showed off some fantastic skills and determination scoring 19 points which secured them a very special medal!

Thank you to Mrs Birch and Mrs Beattie for supporting the event.

On Wednesday the 21st of November Sundorne Infants attended an Invasion Games event at the Shrewsbury Sports Village.

They played a netball style game involving attacking and defending hoops with a ball to score points. 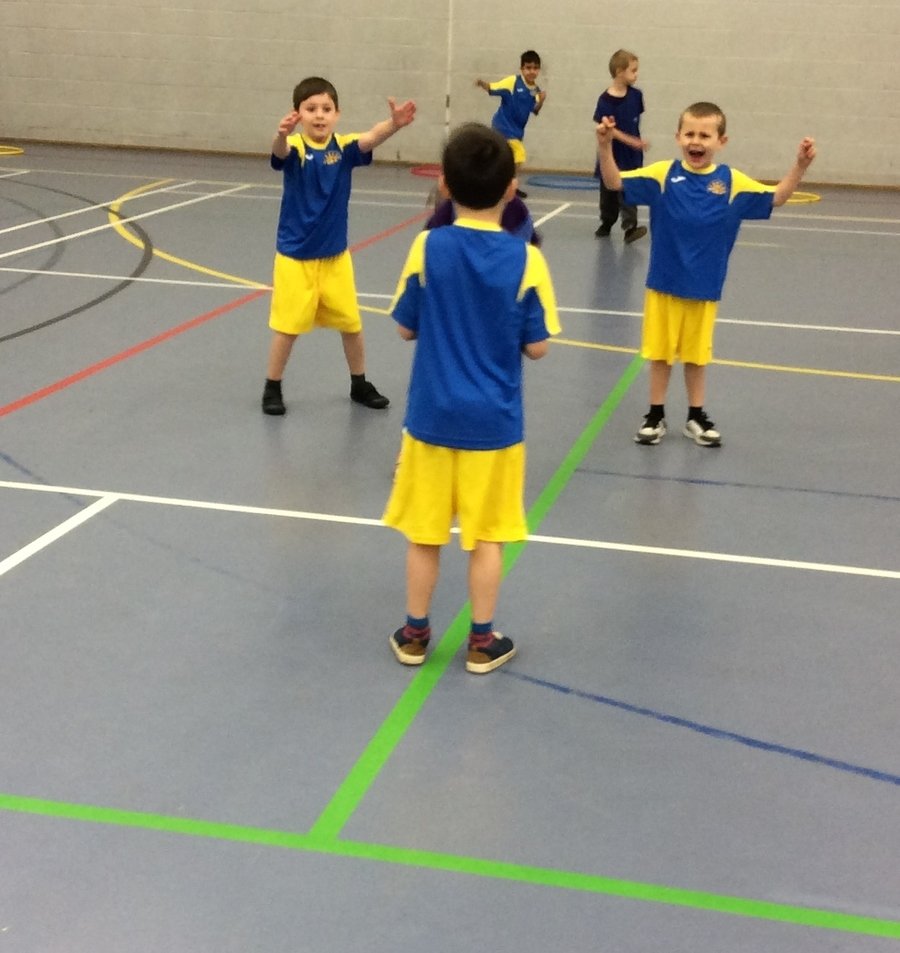 All of the children played extremely well with our respect value shining throughout the event.

Their amazing focus, determination and skill was rewarded when 1 of our teams scooped up the Winners certificate for their group.

A huge thankyou to the children, who in the past week, have voluntarily given up their break times to train for this event.

The children were proud to wear the new Sundorne Infants Sports Kit and we are all very proud of you all.

Fantastic effort. Well done to you all!

A special thanks to Ms Morris for supporting the event.

What a fantastic Monday morning Sundorne Infants had at the Shrewsbury Sports Village. Our team of 12 players trained, organised and played with great enthusiasm throughout the morning.

Playing 6 games with 3 other schools our team were fielding and striking with determination and respect. 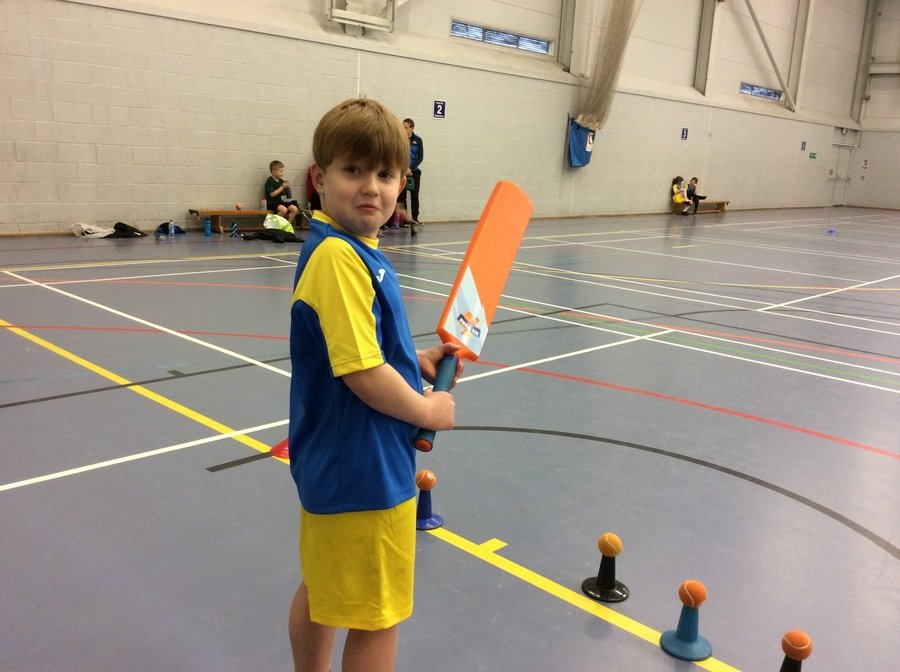 “We had to bat the ball, then we had to tap the ground to score points. My favourite part was getting the balls and putting them back on the cones” 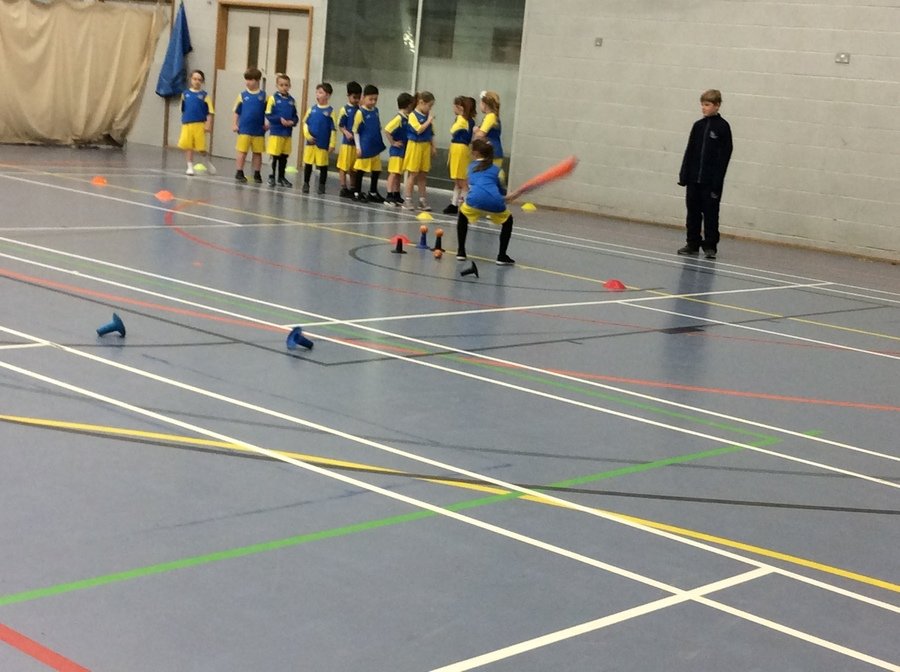 Thankyou to all the children for representing the school fantastically and to Mrs Butler for supporting the event. We are very proud to announce that our teams values; respect, caring and patience shone through which earned them a very well deserved special medal!

Thank you to Miss Morris for supporting the event.

Sundorne Infants at the Shrewsbury Primary Schools Half Marathon Challenge

We had a fantastic morning celebrating our children’s achievements on completing 12 miles of their Half Marathon Challenge. But, they still had 1.1 miles left to run at the West Mid Showground on a bright Saturday morning. With over 1800 children involved in the event our 23 children shone whilst representing the school, showing great pace and determination from start to finish. During the Spring Term P.E scheme of work, children have been learning cricket related skills to a level where they were able to compete in a game of rapid fire cricket for their teams.

Teams from each class were divided into either Butterflies or Ladybirds for the match. They scored runs by striking the ball past a boundary line and by running from cone to cone.

All of the children got a chance to bat and field and they did so with smiles on their faces. They also showed great respect clapping each other after the game. Well done to the Ladybirds for a great performance, to the Butterflies for their impressive team win and to all the children who played.

On Wednesday 22nd May our Sundorne Infants Year 2 team attended the School Games Racket Festival on a beautiful, sunny afternoon at the Sports Village.

Our team played 8 different tennis related activities with and against other schools and there was a super display of skill and sportsmanship on show throughout the afternoon. We are proud of you all representing our school fantastically.

A special thanks to Mrs Evans for supporting the event.

During our scheme of work this summer we have been learning tennis skills and playing racket related games. The skill level was impressive, so a challenge was set to our year 2 classes.

Playing as part of their class team they had to return a served bouncing ball (with their racket) over the net, to land inside the court to score points for their class. 3 points were scored for a hit, over the net and into the court. 1 point for a ball hit.

Some incredible points were scored and tallied up for a class total. Wednesday afternoon at Shrewsbury Academy was challenging but rewarding for the Sundorne Infants ball skills team. Playing in groups with and against 7 other schools, our teams skills were tested in a variety of activities and challenges. 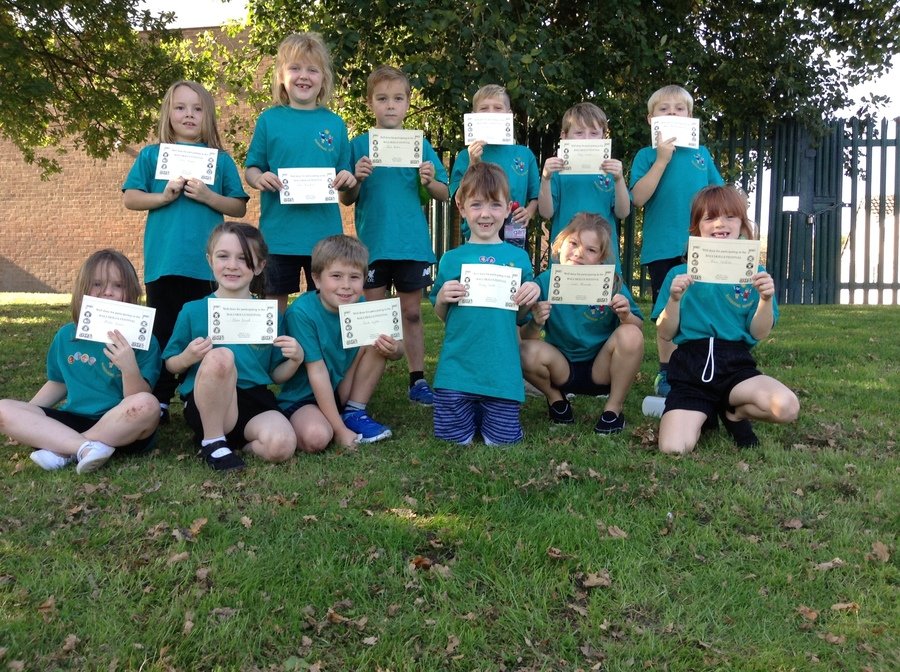 All of the children showed great enthusiasm and determination to succeed with the challenges set. They also wore the Sundorne Infants badge with respect to themselves, the rules and to the other teams.

Well Done to all the children involved and thankyou to Ms Morris for supporting the event.

Our Year 2 Football team experienced their first match on Tuesday 5th February at Greenfields Primary School. Our team players were:

The pitch we played on was extremely muddy which made it tricky conditions to play on, but Sundorne showed great resilience and determination in a game full of goal line scrambles, tough tackling and 2 penalties! 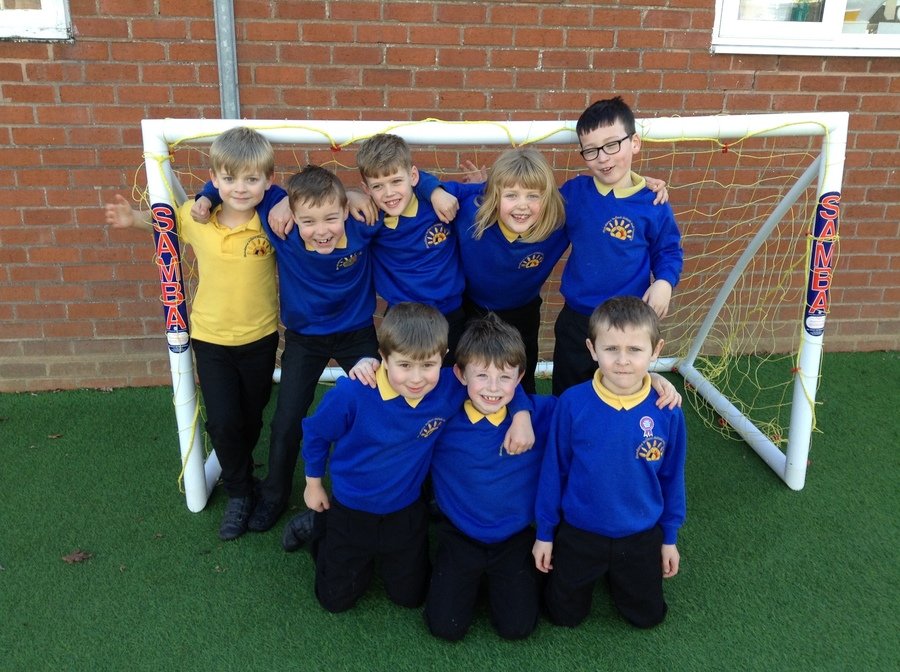 shaking hands at the end of the game which ended 4 – 2 to Greenfields.

There were some excellent performances from Sundorne Infants team showing great dribbling, passing and tackling.

Well Done for representing the school; we are very proud of you all.

Thankyou to Mrs Sadds for supporting us and a huge thankyou to all the parents for attending to make this happen, we appreciate all of your support and your positive feedback.

It was a huge event with 12 schools taking part in the 6 challenges that were set. She also added “I loved it!”

There was no doubt that all of the children tried their best with our respect value shining throughout the afternoon. Well done to you all.

A big thankyou to Miss Morris who supported the event

On Tuesday the 16th July Sundorne Infants were invited to a sports festival held at Severndale Academy. Our team took part in new age curling, tennis, sprinting, relays, boccia, wheelchair basketball and many other activities! What a busy morning. We also got certificates and medals for showing such great sporting values. Well done everyone.

Thank you Miss Pinches for supporting the event

Many thanks Mr Tisdale. It was an exciting match with Sundorne Infants going 6 – 0 up within the first 10 minutes! But in the second half Belvidere pulled the lead back scoring 6 also making it 7 – 6 after 20 minutes. The final minutes played out a close match which ended in an 8 – 6 victory for Sundorne Infants.

We are so proud of the respect, team work and fair play shown throughout the match; shaking hands with each other and clapping for each team. Well done everyone!

Sundorne Infants are proud of the progress you have made with your skill, teamwork and respect. As this will be the last game with Sundorne, we wish you all the best and hope you stick together as a team on your journey in your new school.

Children could barely contain their excitement as they enjoyed an afternoon playing tennis games with their male carers in school. Thank you to all of the Male Carers who came, picked up a racket and ball and joined in with all of the fun!

The children’s smiles were beaming as well as the sun!

The annual Athletics Event at Harlescott Juniors tested our year 2’s with a variety of running, jumping and throwing challenges on a sunny Thursday morning. The speed, agility and skill on show was a delight to see. We are so proud of the progress you have all made. We wish you all the best on your sports and P.E journey in your new school.

Our Sports Day this Summer was a huge success thanks to all of the children, staff and Parents and carers who came to watch. It was a hugely competitive and inclusive morning with determination, smiles and stickers aplenty.